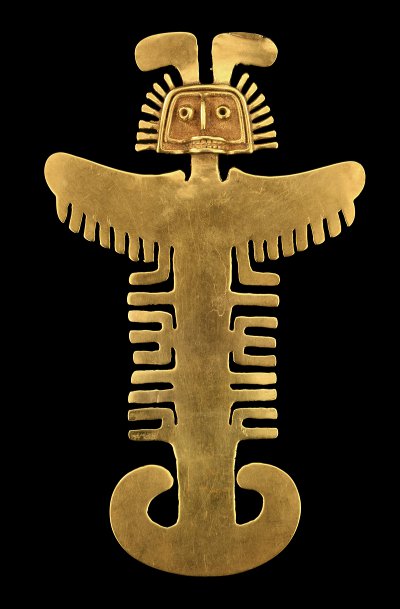 In response to a challenge at Ekphrastic Review. Here are all the poems generated by this photo of a Colombian Breastplate. Thanks, Lorette, for including my poem with the others!

A golden, first century breastplate —
mythic protection in battle. Mortals
have sought aegis from the gods
since time began, it seems.

When my youngest was three,
he wore an Incredible Hulk T-shirt
every day for a year, certain his kinship
with the angry green goliath
could transmogrify a toddler
to a Titan older kids would fear.

I hope the Columbian warrior
with a flying deity on his chest
found more success than my guileless,
doomed boy, whose brother and sister
held him down and made him smell
the lint in their belly buttons.