My friend Steve Deutsch has a fine new poem in Borfski Press Magazine.  Please visit his blog and leave comments for him there.

We found my mother
on the third floor
of a hospital
that should have been shuttered
in the 80’s.
The lights were dim
and the walls and halls
so covered in filth
it seemed they
had absorbed the misery
of the past 30 years
and the anguish would no longer
wash away.

It wasn’t hard to find mom.
She screamed “Help me”
every couple of minutes.
We heard her from the elevator
above the endless beeping
and the garbled sounds
from the PA system.
The fact that we
were now with her
did not alleviate her need to scream.
Nor did reasoning.

She had fallen again
and broken her tailbone.
She was 95 and failing
and I was the good son—
the one who answered the call
at 2 AM,
booked the 1000 mile trips
and tried to find a place
where she could end her days
in comfort.
It was rewarding in an exhausting way.
Finding, unexpectedly,
I was the one to be counted on.

But, listen,
there is just so much
we can do for one another.
There are limits to prerogatives
of blood.
We practice love,
not magic
and when,
in a moment of lucidity
she stared at my face—
a face she had known
my whole life,
and said,
“I’m dying,”
“Save me.”
I was again
as helpless
as the infant
she had held
to her breast.

A beautiful poem by Kelly Jo Letky.  Be sure to visit her site and comment if you like it. 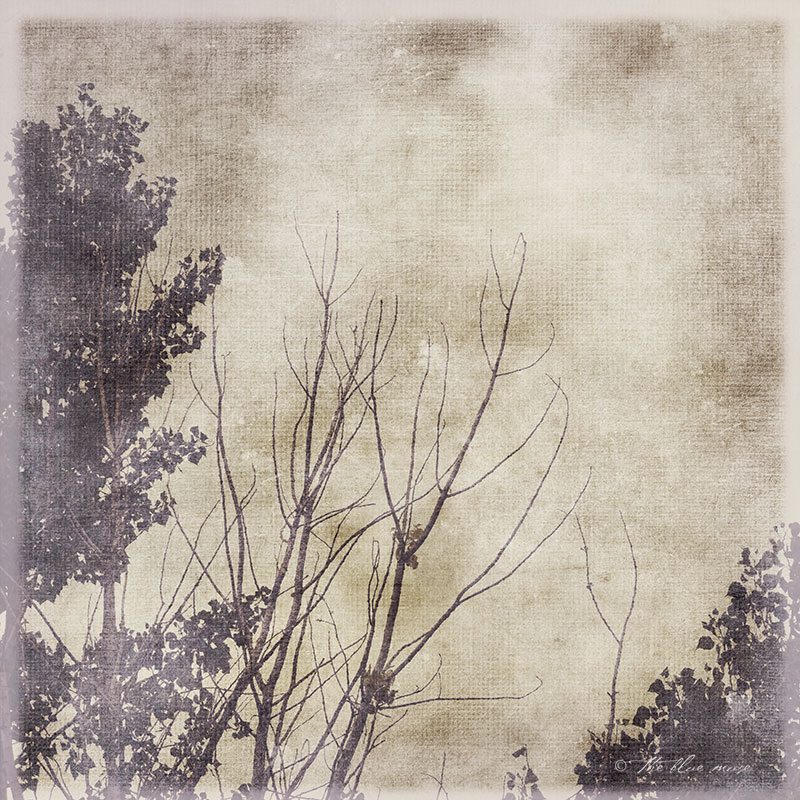 the trees are dying.

okay, only two out of seven
but they’re my favorite two and
when i walk outside
to listen to whispers

i hear the sounds of mourning.

that’s not to say
i don’t watch the sunset

it’s just to say
i notice.

the trees are dying.

The smartest man I know is dying –
cancer, spreading to his bones
and cruelly, to his brain.

“Come look back here,” he says when I visit.
“They knew even before I did.”
Six ravens walk – stately, slow, with purpose –
across his yard, an avian funeral cortège.
“They’ve been here since spring,” he adds.

He points to a corner near the fence.
“That one has a broken wing.
Got it robbing a blue jay’s nest.
Shouldn’t mess with jays, I told her.”

He feeds her raw chicken and steak but says he knows
that soon she’ll ask for death, and he’ll oblige.
“They won’t do the same for me,” he says.
“Fucking do-gooders.”
I don’t know what to say.

“When she’s gone, her fellows will have
a feast of her carcass,” he says without malice,
“just as they will with mine.”
I try to protest, but I know it’s true.
Already there’s talk that his research is passé.

At lunch, I see my own reflection in a soup spoon.

P.S.  New prompts are up on the Prompts page.

My flash novella The Ballerina Swan Lake Mobile Homes Country Club Motel tells the story of Wanda, the owner of the above named motel, whose life is changed forever by a pit bull and a baby. You can read the first chapter or 2 if you open Amazon’s “Look Inside” feature.